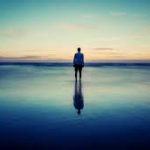 Dare to Be a Daniel

Dare to Be a Daniel