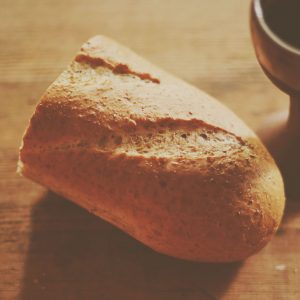 Redemption Through the Blood of Jesus Christ

Redemption Through the Blood of Jesus Christ

3 He was despised and rejected by mankind,
a man of suffering, and familiar with pain.
Like one from whom people hide their faces
he was despised, and we held him in low esteem.

4 Surely he took up our pain
and bore our suffering,
yet we considered him punished by God,
stricken by him, and afflicted.
5 But he was pierced for our transgressions,
he was crushed for our iniquities;
the punishment that brought us peace was on him,
and by his wounds we are healed.
6 We all, like sheep, have gone astray,
each of us has turned to our own way;
and the Lord has laid on him
the iniquity of us all.

7 He was oppressed and afflicted,
yet he did not open his mouth;
he was led like a lamb to the slaughter,
and as a sheep before its shearers is silent,
so he did not open his mouth.
8 By oppression[a] and judgment he was taken away.
Yet who of his generation protested?
For he was cut off from the land of the living;
for the transgression of my people he was punished.